Dominick q is the name on everyone's lips right now, creating waves of change and transformation in the men's health and leadership space, by inspiring men to discover and live the great man within. 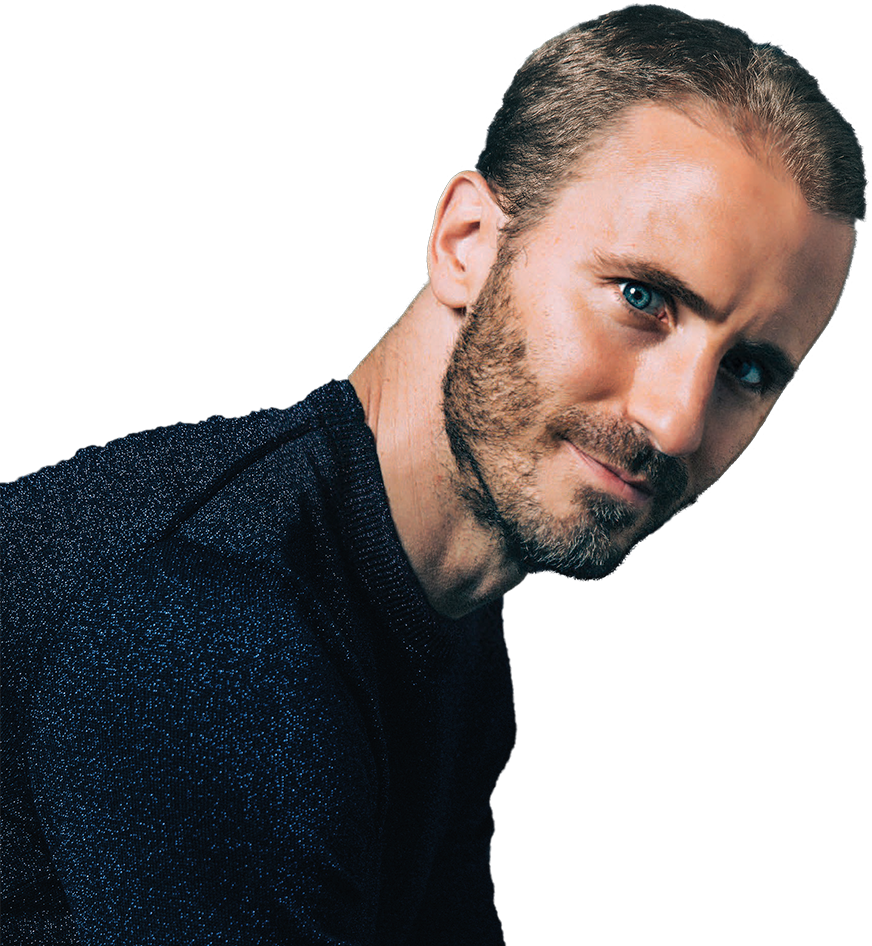 Society’s understanding of masculinity is changing, and collectively we are redeﬁning what it means to be a man by broadening the narrative and questioning archaic beliefs that may no longer serve us. Having enjoyed a full and—by conventional terms—successful professional life in corporate America as a VP within Prudential Retirement, a Fortune 50 company, Dominick started the process of deep introspection and self-reﬂection when he reached the top of the corporate ladder, ﬁnding himself asking the one question almost every man asks. “What’s next, and where do I go from here”?

Grateful for his journey within the ﬁnancial services industry, and acknowledging the rewards and fruits of his labor over 15 dedicated years, Dominick said goodbye to the highrise and commenced a 90-day “radical sabbatical” ﬁlled with exploration and learning before continuing his career as a professional speaker in 2016.

During this time he became the author of two books:
Design Your Future: 3 Steps to Stop Drifting and Take Command of Your Life,

On Purpose Leadership: Master the Art of Leading Yourself to Inspire and Impact Others (Sept. 2020)

In 2014, Dominick felt a deep calling to explore the realms of masculinity, and men’s personal development. If masculinity is a recipe designed by each man, what ingredients set apart a good man from a great man? What does it mean to be a man in our ever-evolving modern world? To start answering these questions, Dominick experimented on himself. He attended men’s retreats like the ManKind Project, read dozens of books on masculinity and femininity, started his own men’s group (which he’s executed weekly for 3 years), and began running men’s retreats. He created The Great Man Mastermind, a select community of high-performing men living their highest potential, and formed The Great Man Within, an online community and movement of hundreds of men around the world all with one common goal:
to uncover and live the best version of themselves.

In an age of people telling others what to think, Dominick helps men re-learn how to think about their masculinity — and how they want to show up in the world. Without providing a prescription for what masculinity “should” be, Dominick creates space for men to do their own inner work, placing lights along the path to guide their questions, challenge their assumptions, and ultimately help them uncover the man they have been trying to become. If you want someone to do the work for you, Dominick’s approach is not for you. If you’re ready to hold up the mirror, and put in the time and energy, hop on board.

As an outspoken advocate of men, Dominick inspires men (and their women) to do inner work. He co-hosts The Great Man Within podcast, covering the high-performing man’s top subjects: such as purpose, sex, and legacy. He is frequently seen in the media, dissecting topics in men’s sexual wellbeing, relationships, and men’s mental health. You’ve heard Dominick on NPR, read about him in the New York Times, and watched him on TEDx.

Sign-up to receive daily texts on masculinity, mindset, and what
women want–directly from Dominick